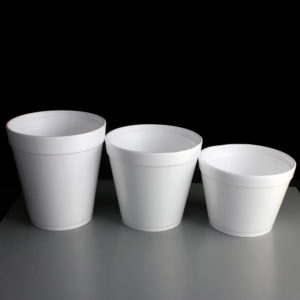 We have been a member of the Foodservice Packaging Association for a number of years. They are invaluable for keeping the industry abreast of latest developments and cutting through the swathe of misinformation and forming industry strategy.  The most recent article that caught our eye was on the EU banning EPS, plastic cutlery, plates and more.

The European Parliament environment committee has approved a report on the Commission’s proposal to reduce the environmental impact of single use plastics items (SUPs) that greatly expands the original proposal. We can expect the strengthened proposals to be included in the final directive. Critical additions include EPS boxes and polystyrene cups, products including oxo biodegradable in their composition, straws (except for medical purposes), stirrers, very lightweight plastic bags, plastic cutlery and plates, though the latter will be excluded from the ban until 2023 in school canteens and hospitals only.

EU members also have until 2025 to achieve an ‘ambitious’ reduction of single use food packaging and drink containers. All producers will be required to pay for collection and waste treatment costs, limited to what local authorities currently pay. Caps and lids may be placed on the market provided they ‘remain attached to the container during the product’s intended use stage’. There will also be new labelling requirements for cups to inform consumers of waste disposal options, negative effects of littering, presence of plastic and recyclability.

The strengthened proposal does not exclude ‘bio based and biodegradable plastics regardless of whether they are derived from biomass and / or intended to biodegrade over time’.

The Commission is seeking to rush thorough the Directive as has been detailed in our previous bulletins, so we should anticipate the Directive coming into force before 29 March. The UK Government pledges to go further than the EU on environmental matters and the 25 Year Environmental Plan specifically stated all current EU legislation will be enshrined in British law. It is down to member states to interpret Directives but at least three UK consultations will be announced late November.

France has already announced (2016) that is plans to ban a number of single use plastic from 2020, though makes allowance for bio based products, so it is interesting the phrase above hinting that these might not be exempt under EU plans.

Update : these are Huhtamaki’s thoughts on the EU proposals.